Home » Similarities Between the Computer and the Brain

The computer and the brain are similar and function in the same way. The functions can include storing information and performing a mathematical analysis.

The computer and the brain are similar and function alike. For example, if you download something to your computer, it is just the same as the brain downloading new information during lessons in class. The same thing goes with uploading a file or an image from the computer to the internet; your brain does the same thing by uploading something you learned in class and projecting it on a piece of paper. Of course, even the world’s most powerful supercomputer cannot rival a human brain. Remember, the brain surpasses the computer. With the advancement in robotic technologies, the brain will soon create near-human computers.

Similarities Between The Computer And The Brain

1. The computer and the brain store and process information. Also useful in running tasks.  Mathematical calculations, carrying out complex algorithms and storing of crucial information are jobs done by the brain and computer. Although, the computer outshines the brain in this.

2. Both play extremely important roles in society, commerce, entertainment, and science. Every living creature survives by quick thinking and reflexes, that includes us. The computer today plays the most important roles from specialized systems controlling entire production factories to little “fuzzy logic” chips in washing machines that intelligently monitor the washing process. In the entertainment industry, the brains work hand in hand with the computer. Almost in all the tasks.

3. Both work by combining the processes of several components and parts to perform their tasks. A computer consists of many parts, including a motherboard, the disk drives, the RAM, the processor, graphics cards and many more. These work together to achieve an outcome. Like a computer, there are many parts of the brain. Besides having the left and right brain, there are also parts of the brain that take care of emotions, mathematical calculations, body co-ordinations and many other tasks needed for our daily activities.

4. Both work by transmitting “logic signals” to each of their parts. Signals are both electrical. A computer works by using binary (“on”/”off” logical signals known as “bits”, put together as “bytes” to represent data.) This is useful to communicate internally between components, represent information and store data. Similarly, neurons in the brain are either “on” or “off” by either firing an action potential or not firing an action potential.

6. Both computers and brain have repair and “backup” systems. The brain has “built-in backup systems” in some cases. If one pathway in the brain is damaged, there is often another pathway that will take over this function of the damaged pathway. Similar to a computer, where backup files can be stored on the computer. 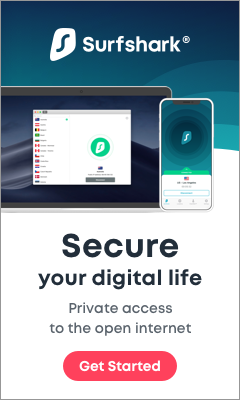 We use cookies on our website to give you the most relevant experience by remembering your preferences and repeat visits. By clicking “Accept All”, you consent to the use of ALL the cookies. However, you may visit "Cookie Settings" to provide a controlled consent.
Cookie SettingsAccept All
Manage consent

This website uses cookies to improve your experience while you navigate through the website. Out of these, the cookies that are categorized as necessary are stored on your browser as they are essential for the working of basic functionalities of the website. We also use third-party cookies that help us analyze and understand how you use this website. These cookies will be stored in your browser only with your consent. You also have the option to opt-out of these cookies. But opting out of some of these cookies may affect your browsing experience.
Necessary Always Enabled
Necessary cookies are absolutely essential for the website to function properly. These cookies ensure basic functionalities and security features of the website, anonymously.
Functional
Functional cookies help to perform certain functionalities like sharing the content of the website on social media platforms, collect feedbacks, and other third-party features.
Performance
Performance cookies are used to understand and analyze the key performance indexes of the website which helps in delivering a better user experience for the visitors.
Analytics
Analytical cookies are used to understand how visitors interact with the website. These cookies help provide information on metrics the number of visitors, bounce rate, traffic source, etc.
Advertisement
Advertisement cookies are used to provide visitors with relevant ads and marketing campaigns. These cookies track visitors across websites and collect information to provide customized ads.
Others
Other uncategorized cookies are those that are being analyzed and have not been classified into a category as yet.
SAVE & ACCEPT
wpDiscuz
0
0
Would love your thoughts, please comment.x
()
x
| Reply
[]
error: Alert: Contact Author !!